The Polit Bureau of the CPI(M) strongly condemns the unprecedented incident in Jamia Nagar in the Capital, when in full view of a large contingent of police personnel, an armed man fired at students from Jamia University who were on a march to Raj Ghat, injuring a student. Subsequently it is confirmed that the criminal is associated with the Sangh Parivar.

His terrorist action is a direct result of the call given by a BJP leader and minister in the Modi government, Anurag Thakur to shoot at the protesters, calling them traitors along with other communal hate speeches and incitement to violence being given by top BJP leaders, led by Amit Shah. The patronage being extended to those inciting violence is reflected in the fact that although peaceful protesters are detained not a single FIR has been filed against Thakur and other BJP leaders including Delhi MP Parvesh Verma.

It is shocking that although an outfit called the `Hindu Sena’ given an open call to attack Shaheen Bagh and other protest sites in the Capital on February 2 and put up posters, no action has been taken against them.

The BJP facing defeat in the forthcoming Delhi elections has embarked on a most dangerous path of sharpening communal polarization, spreading open, provocative communal hate rhetoric targeting the protests against CAA, NRC and NPR.

The Polit Bureau demands that an FIR be filed against Anurag Thakur and Parvesh Verma; that the EC should issue a notice to the Home Minster against his hate speeches, that immediate action be taken against the Hindu Sena. It appeals to the people of Delhi not to be provoked by the BJP hate mongers and to ensure their defeat so as to maintain communal harmony and peace in the Capital. 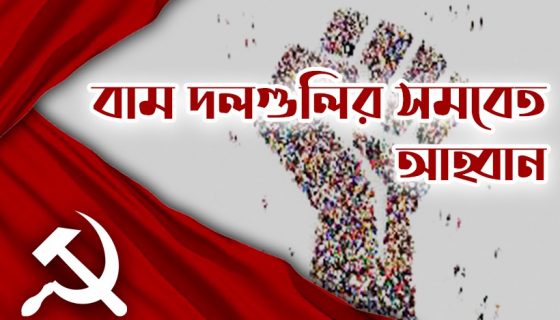