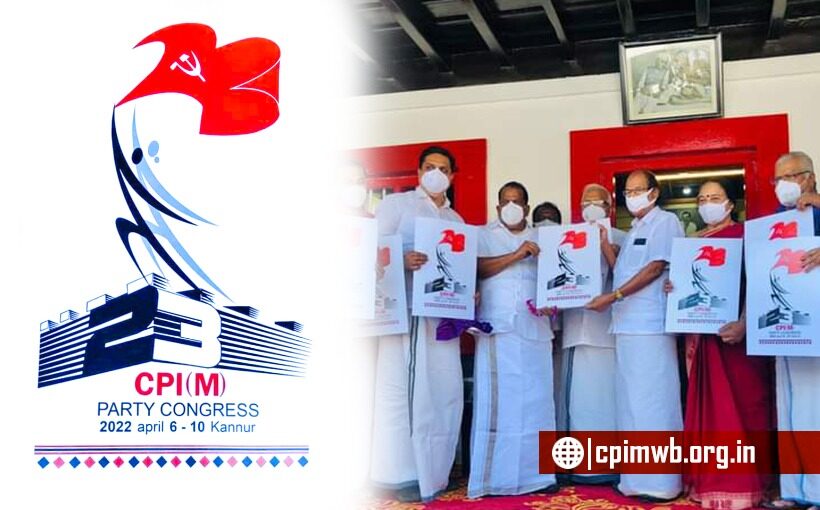 Extracts from the Draft Political Resolution for 23rd Congress

The period since the 22nd Congress has seen the further consolidation of the BJP, which being in government is aggressively pursuing the Hindutva agenda of the fascistic RSS. It has mounted a multi-pronged attack through the pursuit of rabid neo-liberal reforms strengthening the communal-corporate nexus, looting of national assets, promoting crony capitalism, legalising political corruption and imposing full-fledged authoritarianism.

Post-2019 elections saw BJP return to form the government with more seats and higher percentage of votes by scripting a communal nationalist jingoistic narrative. Since then, sharpening rabid communal polarisation and undermining the foundations of our secular democratic Constitution it embarked on dissolving the state of Jammu & Kashmir and abrogating Articles 370 and 35A of the Constitution; legislated the anti-Constitutional Citizenship Amendment Act (CAA); began the construction of the temple at Ayodhya and mercilessly attacked people’s democratic rights and civil liberties through the gross misuse of the draconian preventive detention laws. There are constant efforts to change the character of the Indian Constitutional Republic.

This period also saw growing resistance to the policies of the Modi government from different sections of the working people. The working class protested against the new labour codes and the privatisation drive through general and sectoral strikes. The anti-CAA movement developed as a mass protest against the subversion of the Constitution and citizenship. The biggest and most prolonged struggle of the farmers ended in a historic victory with the repeal of the three farm laws.

During these four years, the BJP government has completely surrendered to US strategic, political and security designs, emerging as a steadfast subordinate ally of US imperialism. This is having serious consequences for relations with our neighbours and India’s international standing. This is taking place in the background of important global developments that have a direct bearing on the Indian situation today.

1) The nearly eight years of the BJP government have seen the consolidation of the communal corporate nexus mounting authoritarian attacks. Since returning to government in 2019 it has been aggressively furthering the Hindu Rashtra agenda of the fascistic RSS. This is accompanied by an equally aggressive pursuit of neo-liberal policies and growing authoritarian governance. The RSS driven Hindutva Rashtra agenda is perniciously eroding the Constitutional framework and destroying the secular democratic character of the Indian Republic.

2) Thus, the main task is to isolate and defeat the BJP. This requires the growth of the independent strength of the CPI(M) and the Left forces to mobilise the people in class and mass struggles in a powerful militant manner.

3) Strengthening the Party and the Left forces is also required to lead the fight against the Hindutva agenda and the activities of communal forces. The Party must work for a broad mobilisation of all secular forces against Hindutva communalism.

4) The Party must be in the forefront to mobilise the widest sections of people against the aggressive pursuit of neo-liberal polices; the outright loot of our national assets; large scale privatisation of the public sector, public utilities and mineral resources. It is by intensifying class and mass struggles, like the recent Kisan struggle, that the broadest mobilisation of people and rallying of secular opposition forces against the corporate-communal regime can be accomplished.

6) The Party will cooperate with secular opposition parties in Parliament on agreed issues. Outside Parliament the Party will work for the broadest mobilisation of all secular forces against the communal agenda. The Party and the Left will independently and unitedly with other democratic forces, on an issue to issue basis, fight the assaults of neo-liberalism, authoritarian onslaughts against democracy, democratic rights, suppression of dissent by the use of draconian laws.

8) Developing the independent strength of the Party along with efforts to strengthen Left unity shall be prioritised. United Left campaigns and struggles must highlight the alternative policies to the bourgeoisie landlord ruling class policies.

10) As and when elections take place appropriate electoral tactics to maximise the pooling of anti-BJP votes will be adopted based on the above political line.

i) Party must prioritise the strengthening of its independent role, expanding its influence and political intervention capacities through sustained class and mass struggles. Special attention must be paid to strengthen local struggles on people’s problems with proper follow-up.

ii) All sections of people subjected to intensified economic exploitation by the neo-liberal policies must be rallied together in the struggles on livelihood issues. Party must actively intervene and join all spontaneous struggles that develop in order to strengthen them.

iii) Party must be in the forefront of the fight against Hindutva communalism. This struggle has to be conducted in a sustained manner at multiple levels. Broadest possible unity of the secular democratic forces including concerned citizens, organisations and social movements should be forged to counter the activities of the Hindutva forces.

iv) Party should take the lead to oppose authoritarian measures and seek the cooperation of all democratic forces to forge joint struggles in defence of human rights, democratic rights, civil liberties, artistic freedom and academic autonomy, against activities of Hindutva communalism and destruction of the democratic and secular content of the Constitutional order.

v) Party must strengthen efforts to advance the struggles for social justice and champion the issues against social oppression of women, dalits and adivasis.

vi) Protecting the rights and security of minorities against the aggressive onslaughts of Hindutva communalism must be strengthened.

viii) The Party must rouse the anti-imperialist consciousness amongst the Indian people in defence of our national and economic sovereignty. Campaigns highlighting Socialism as the only real alternative to capitalism must be strengthened.

ix) Party must mobilise popular opinion against Modi government’s surrender to US imperialism. Struggles for restoration of India’s independent foreign policy must be undertaken.

x) The Party must take up the defence of the LDF government in Kerala and against the fascistic attacks being mounted against the party especially in West Bengal and Tripura.

Building a strong Communist Party throughout the country is essential in order to accomplish these tasks. Based on Marxism and Leninism a strong Party with a mass base throughout the country can be built only by sincerely implementing the decisions taken by the Kolkata plenum on organisation. This must, particularly, concentrate on:

1)    Strengthening the revolutionary Party with a mass line to establish strong bonds with the people.

2)    Widening the Party’s reach and influence among the people and rallying the Left and democratic forces.

3)    Strengthening the Party organisation with quality membership as directed by the Kolkata Plenum.

4)    Focus efforts to attract youth as well as women to the Party.

Let us redouble our resolve to strengthen the building of a strong Communist Party!

Forward towards a revolutionary Party with a mass line!

Forward towards a stronger CPI(M) with an all India mass base!

Click here for full text of the Draft Political Resolution