The Israeli prime minister, Benjamin Netanyahu, had announced that the formal annexation of 30 per cent of the West Bank by Israel would take place on July 1.  However, this did not happen on that date though Netanyahu maintained the preparations for the annexation are on.  The illegal annexation move emanated from the notorious “Peace to Prosperity” plan announced by President Trump on January 28 this year, with the Israeli prime minister beside him.  This atrocious plan amounts to the Jordan Valley of the West Bank and the lands on which the illegal Jewish settlements exist being annexed to Israel.  The plan also denies East Jerusalem being given to the Palestinian State as its capital and provides for some place outside Jerusalem as the alternative.  If this plan is put into operation, it will spell the end of any prospects for the Palestinian State and would be the final nail in the coffin of the two-state solution.

The Palestinians were not part of the negotiations for this one-sided agreement, which was engineered by Trump’s son-in-law, Jared Kushner, a committed Zionist.  The Palestinian leadership had rejected the plan outright and declared that the Palestinian people would never accept such subjugation.

The brazen support for Israeli expansionism got a boost when Trump had earlier recognized Jerusalem as the capital of Israel and shifted the US Embassy there.  Since then, Netanyahu has been talking of annexing a major part of the West Bank and encouraging the expansion of the illegal Jewish settlements on occupied territories. Under the new plan, though the land would be absorbed into Israel, the Palestinian population living in these areas would not acquire the rights of being citizens of Israel.  They would be condemned to live as subjects or as second class citizens.  The 23 per cent land owned by them in these areas would be open to be appropriated by the State.  This would convert Israel into a full-fledged apartheid State.

The annexation plan was met with worldwide opposition and international disapproval.  The United Nation’s Secretary General declared that any step of annexation would be illegal and contrary to international law.  All the major European countries – Germany, France and UK – went on record against annexation of the West Bank.  So have Russia and China.

However, there is a glaring exception.  India, which is to assume a non-permanent seat in the UN Security Council, did not come out opposing the annexation.  On the contrary, when the plan was announced by Trump on January 28, the spokesman of the Ministry of External Affairs responded by stating: “We urge the parties to engage with each other, including on the recent proposals put forward by the United States, and find an acceptable two-State solution”.

To ask Palestinians to consider a plan for their self-liquidation shows the degree to which India’s foreign policy has turned.  Under the current stewardship, foreign policy has become synonymous to aligning with US policy on all vital matters.

The reason why Netanyahu did not proceed with the formal annexation could be because of the domestic political situation.  Netanyahu is heading a unity government with the other main political party leader, Benny Gantz.  As per the deal arrived at, Gantz is to become the Prime Minister mid-term.  As the Deputy Prime Minister, Gantz opined that July 1 was not a sacred day for annexation. It should be delayed to concentrate on the fight against the pandemic.  The other factor which Netanyahu could have kept in mind was the future of the American Presidency.  Netanyahu is completely reliant on Trump to push through his illegal project.  With the poll ratings showing Trump falling behind in the Presidential race, Netanyahu may have decided to play safe.

Though there has been no formal annexation, the situation on the ground is that step by step, the Palestinians are being further squeezed out of their lands and properties.  Farmers’ lands are being usurped to pave roads from settlements. Land theft is going on with settler raids supported by Israeli soldiers; old olive trees are being cut down.  Under the cover of the pandemic and the lockdown, dispossession and seizures are taking place. Many of the Arab states are allied to the United States and they pay lip service to the Palestinian cause without  taking any effective steps to support them.  It is only the worldwide solidarity movements with Palestine and the anti-imperialist forces who are extending  support to the Palestinian people in these dire times.  In India too, the democratic and secular forces should strengthen their bonds of solidarity with the Palestinian people and demand that the Modi government reverse its pro-US-Israeli stance on Palestine. 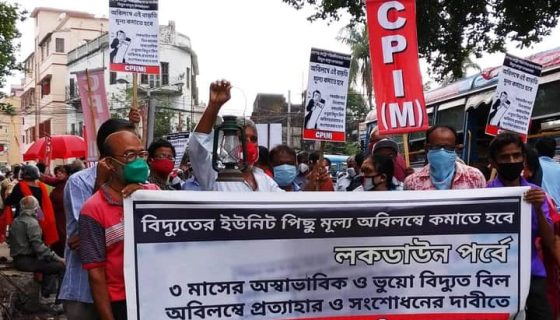 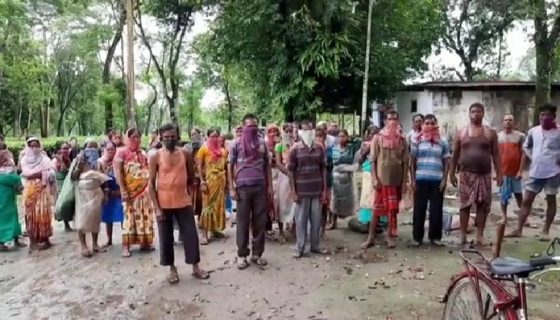 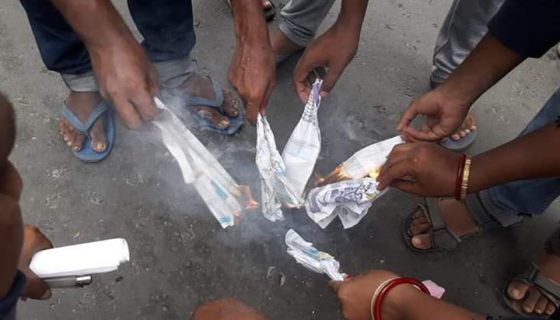 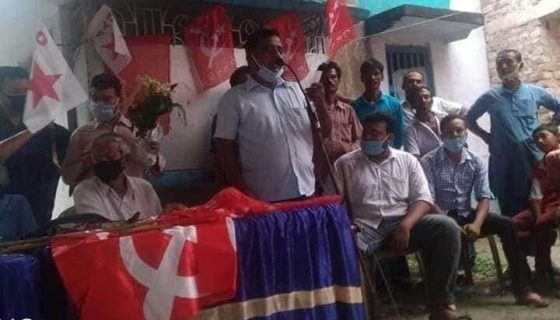